Mange is not a disease but an infestation of the mange mite. The female mites burrow under the skin where they deposit eggs, these hatch and cause intense discomfort. Over time thick plaques that look like scabs and ridges form over the wombat’s body. These scabs become dry and split open, the wounds can then become flyblown and infected.

The plight of wombats with mange has been an ongoing concern for many years and is an animal welfare issue. Unless treated the infestation progresses and eventually the wombat is so severely compromised it dies a slow and agonizing death.

It is not known exactly where mange came from. It may have been introduced by early settlers as scabies or during settlement with the introduction of foxes and domestic dogs. What we do know is, it has spread throughout our wombat population, affecting the bare nosed wombat in particular.

Hair is usually still growing down the centre of the wombat’s back and rump and is often referred to as a ‘mohawk appearance’. 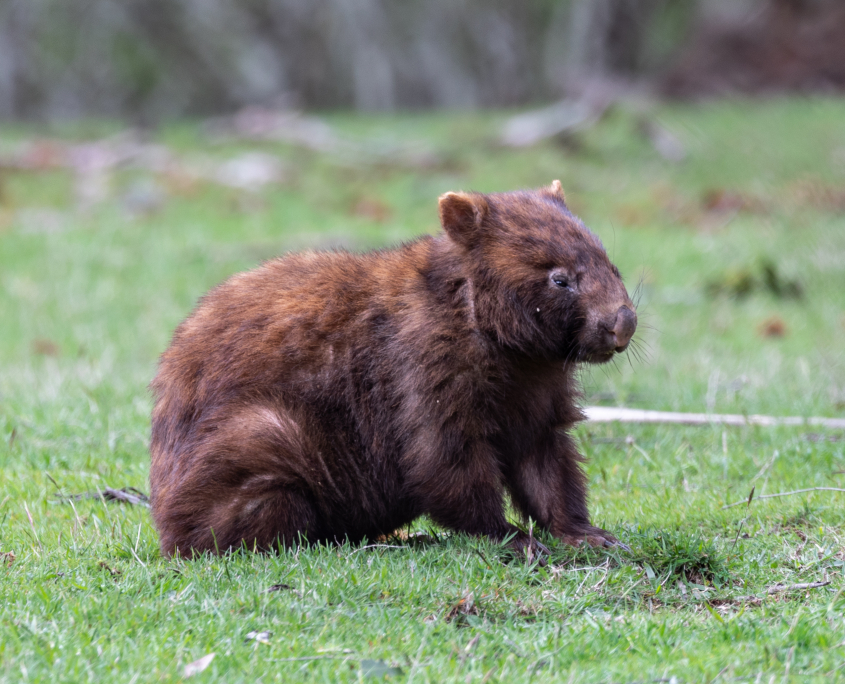 Crusty mange scabs might be seen on face, ears, sides and shoulders. Wombats might be seen in daylight hours and may or may not still be alert. They are often blind and deaf, which means they can be easily approached. At this stage, wombats are still treatable with Cydectin if there are no infected wounds present.. 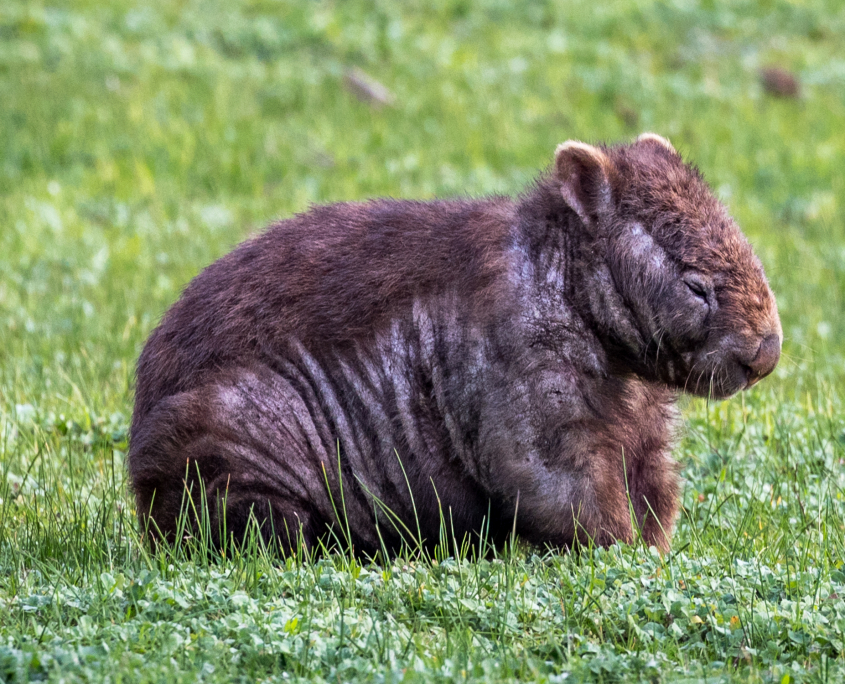 Crusty scabs covering most of the wombat’s body. The scabs may have become infected at this stage and can become flyblown in summer.

If the wombat is emitting a rotting dead smell, this usually indicates the infestation has progressed too far and secondary infection has developed

For these cases humane euthanasia is the kindest option. 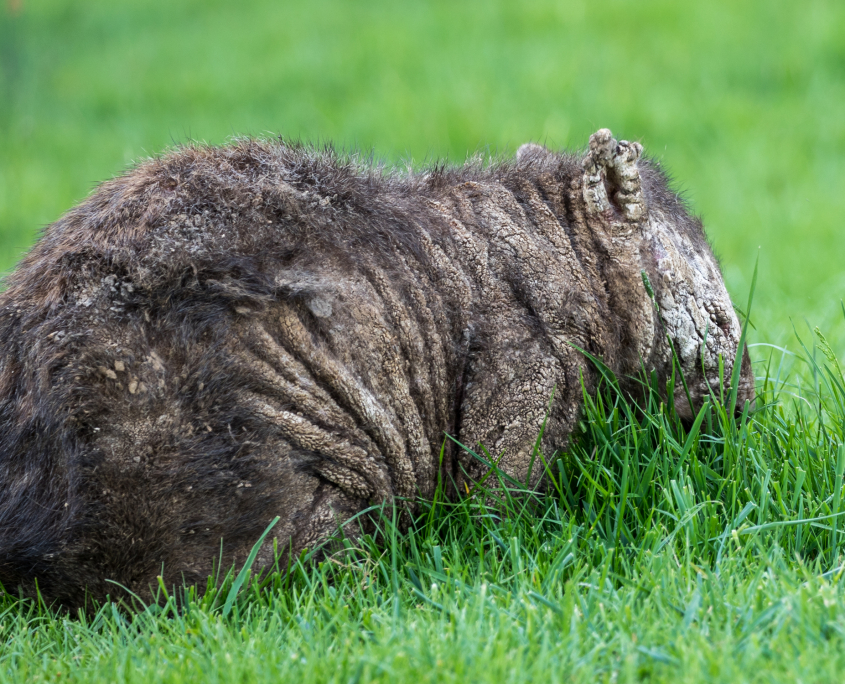 Following 12 treatments the wombat should be free of mange, gained weight as well as returned to its nocturnal habits. 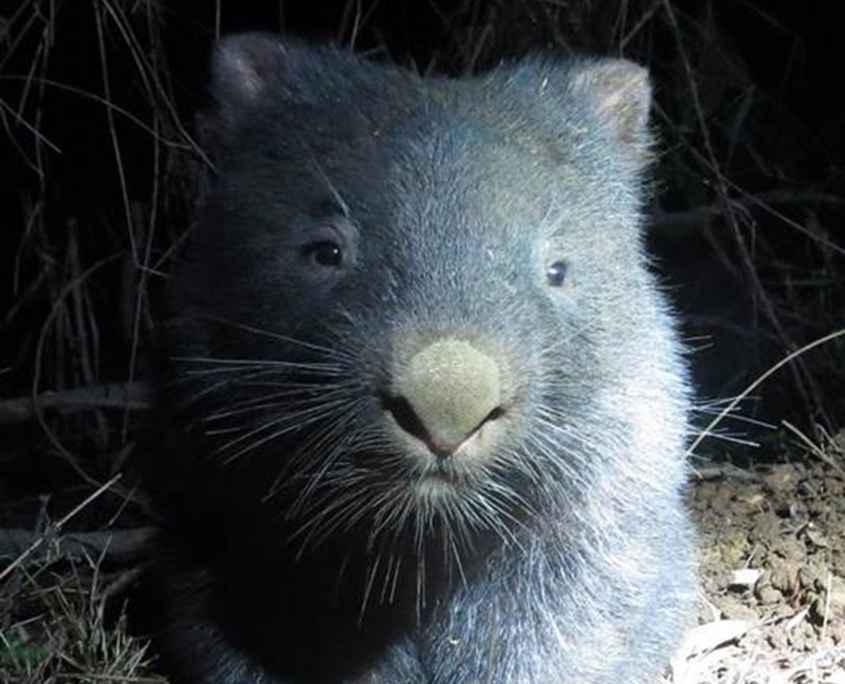 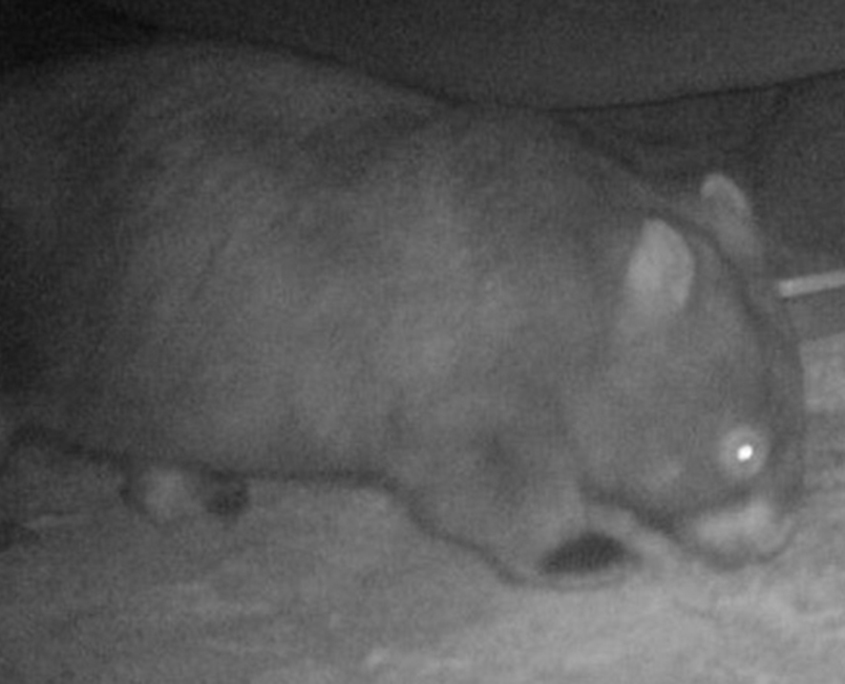